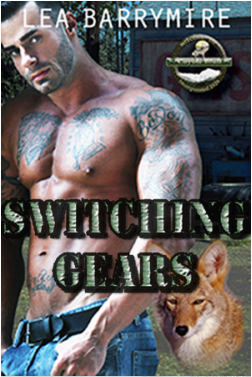 Amie Dorner is a lot of things: a little crazy, wild, and angry, and completely gun-shy when it comes to men. But when her should-be mate actually listens to her for once and stops coming around, she decides to take matters into her own hands. So what if her prank was mean? He could have ignored her the way he always had and look beneath the surface to the woman who wanted him despite her fears.


Zeke Marrow just wanted to finish his training run with the pack teens, but ends up entangled in Amie’s passive-aggressive revenge. Everyone can see enough is enough. He’s been listening to what Amie’s been saying and ignoring her body language. Being forced to reckon with her might end up driving them both insane, but it’s the will of the pack. And his coyote. And his libido.